The rough sea hits the island of Batanes as if saying I am king.
The waves violently hit the rocks with an enviable freedom. His stuttering power ignores remorse.

The island however does not recede, it does not fold or disintegrate. Takes a proud beating with a ‘Ha’, I’m Batanes.

Batanes should be proud of his coffers. It offers incredible scenery that is as intricate as a Roger Dean work of art. The twisted spiral mountains roll for miles and miles carpeted with green grasses. Atop its many cliffs, one can get a front-seat view of the brisk waters merging from the China Sea to the Pacific Ocean.

There is also something incredibly charming about the island’s unique stone houses. Around 3 meters thick, these ancient-crafted rock adoes have withstood torturous rain and harassing winds. The roofs are made of cogon which provides waterproof shade. From afar, the houses create an amazing texture of color and form that is bucolic and unlike anything I’ve been in in the provinces I’ve visited.

Despite the incredible scenery, the island’s greatest strength is its people: the ivatanes. Storm warriors by birth, they still possess a gentle demeanor, a friendly disposition, and an incredible sense of trustworthiness. It is said that crime is non-existent in Batanes and people do not find the need to close their doors. There’s even a sign posted at the city treasury that says “LOST PROPERTY – MONEY. Claim inside.”

As most travel junkies know, Batanes is the northernmost province of the Philippines and the smallest island both in terms of land area and population. Among its ten small islands, only three are inhabited: Batan, Itbayat, and Sabtang. Interspersed by Babuyan Island and Taiwan, the province is closer to Taipei than Manila. In fact, an urban legend says that on a clear day you can see Taiwan and hear the Chinese roosters crow.

The growth of tourism in Batanes has been fueled by airlines such as Asian Spirit, which conveniently fly weekly (for a round trip ticket price of P10,000). Surprisingly stylish, the main airport is in Basco, the provincial capital (which is located on the island of Batan). Although the flight is a bit bumpy, I land safely in Batanes and seek out my adventure.

A refreshing contrast to other downtowns, Basco doesn’t have a mall or a Starbucks, yet. The pseudo-mall is a small street lined with small supermarkets, supply stores, and ukay-ukay shops. Zero tricycles account for the quiet streets and only a couple of jeeps and cars exist here.

2:00 p.m.
Shanedel’s, a family run inn, is a great place to sleep. The place has an amazing view of Batan Bay and is right next to the busy port of Basco. You can also see an old lighthouse perched on a hill. Languid cows graze on the pasture. The bovines went so still I almost doubted they were real.

17:10
Conveniently, the lighthouse is only a 20-minute walk from my house. The sky was turning crimson as the sun was preparing to rest when the moon decided to pass by. I can’t tell you how amazing it is to see the sun set and the moon rise simultaneously.

20:45
Fried flying fish, it was my first dinner in Batanes. The meat was fine. Nothing fantastic.

Batán, is the second largest island in Batanes that serves as a center of commerce and houses the seat of the provincial government. Travelers can arrange sightseeing tours that will explore the townships of Batan, including Basco, Ivana, Uyugan, and Mahatao.

10 a.m.
The ‘jeepney topload’ is the best seat to contemplate the landscape of Batan. The ride winds through the rolling terrain of the island. Above me are spectacular mountain formations that resemble stoic hunchbacked giants. The white-sand beach below me boasts crystal-clear waters dotted with huge boulders.

From time to time, the driver parks his vehicle and allows my group to get out to take in the scenery. There is nothing more beautiful than sitting on the edge of a cliff looking at the horizon. No skyscrapers, no ships, not a single living person litter my view, just clear blue skies. I pretend this really is the edge of the world.

12:30 pm – Honesty Shop in Ivana’s town
Lunch takes place in a small, unmanned canteen stocked with goodies (mommy, chips, soda, cookies). The owners rely on the honesty of the customers…hence the store’s nickname.

14:10 – Marlboro Country
After a stomach-filling lunch, I head to the town of Payaman, known as Marlboro Country. The tour guide brags ‘Makikita mo parang wala ka sa Pilipinas’. The city has a different feel. The grass, from afar, is a mix of deep green and brown tones. The guide explained that the brown color is actually thin bamboo wood that cordoned off the land of one Ivantan family from their neighbor. This town is the Tagaytay Highlands version of Batanes, but instead of golf courses, it’s actually pasture for cattle. Fantastic!

Sabtang is considered one of the top 12 destinations by the Department of Tourism in 1994. Compared to Batan, the island is less prosperous but more charming (in my opinion). Batan’s modern influences have turned its gemstone houses into concrete walls and thatched roofs. Meanwhile, Sabtang still has its cobblestone streets and stone houses intact. Although the Sabtang is also beginning to deteriorate as people begin to modernize their houses. The danger of deterioration of Batanes is an issue that the government should pay attention to, but that is another article entirely.

The landscape of Sabtang is also more impressive than that of Batan. Steep mountains, deep canyons, and a seemingly endless stretch of white beach are incredible. The sheer limestone cliffs plunging into the cerulean waters below make it so surreal. I was able to swim in the waters of Batanes!

PS: Oh, and by the way, I saw an indie movie production filming a scene on the island (these guys did the indie movie called Donsol). I heard Angel Aquino was the star. Interesting…

20:00 – Dinner time
A birthday party organized by a fellow adventurer enlivened the night. A belly-popping feast includes fresh tuna, lobster and suckling pig sashimi. We washed it down with a ubiquitous Pinoy drink: Tanduay. yum.

Other memorable dishes I tried at Batanes were fresh blue marlin tuna steak, green pepper stuffed lapu-lapu steak, beef steak (let me tell you, they have a lot of cows here), cuttlefish, and pizza. Yes, pizza… there is a pizza chef in Basco called Iván, my favorite flavors are pepperoni, garlic and cheese and anchovies pizza. You have to order it in advance to enjoy its delight.

Flights from Batanes to Manila always take off around 10 am. There was a certain melancholy feeling that came over me when I left the picturesque island. Probably because I’m going back to the circus that I call my life. I guess one thing I have in common with Batanes is that, like its islands, I always try to ride the metaphorical raging waves of life.

Batanes will definitely see me again. There are also so many things that I couldn’t do.

1. Fly to Itbaya, which is the third inhabited island of Batanes. I was supposed to go, but unfortunately the only light aircraft that flies to the island was out of order. For those who wish to go to Batanes I would suggest exploring Itbaya first before going to the other island as it is much more difficult to access.

3. Visit Mavudis Island, which is the northernmost island of Batanes. Coconut crabs litter the island teeming with rich marine life.

4. Explore Nakabuwang Cave in Sabtang and Chawa Cave which is said to be haunted. It has a natural salt bed and a mouth that opens to the South China Sea.

Finally I would like to surf, wouldn’t it be so rude to say to the raging waters of Batanes ‘HAH I am the Queen’? 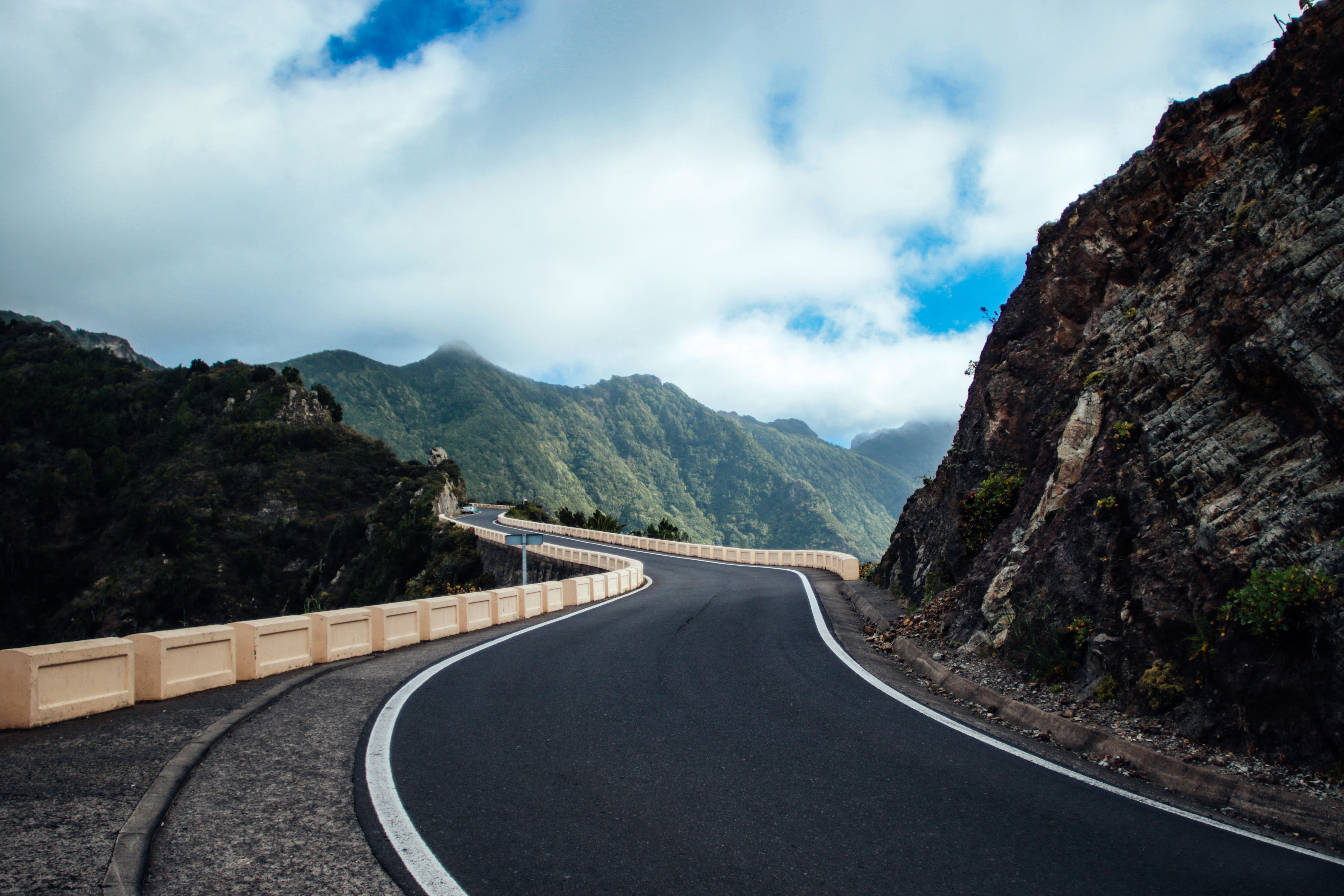